Grata DMC is one of the leading companies on the market offering a complete range of services in organizing business events on the territory of Georgia, Azerbaijan and Armenia, as well as individual and incentive tours, corporate and private events. The word ‘grata’ means ‘welcome’, and this friendly and welcoming attitude lies at the core of our company vision and philosophy. Our efficient and experienced team aims to provide a unique and unforgettable travel experience to all of our customers. We work closely with our clients and offer individual solutions based on their real needs. We are proud of our extensive experience and success founded on the highest levels of customer service and referral. Since 2015 Grata DMC exclusively owns franchise for the Caucasus Region for operating teambuildings of the international company Catalyst Global. 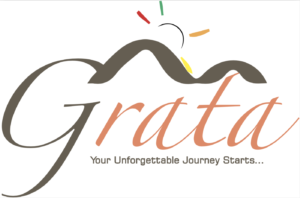 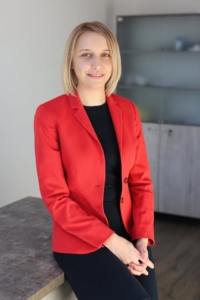 Georgia is a multi-faceted country with an ancient history, unique culture and rich nature.
Travelers are eager to visit Georgia for many reasons. Someone wants to do their own health and relax in the spa resorts; someone wants to taste dishes of national cuisine and taste real Georgian wine; someone is interested to see monuments of art and architecture, which by the way here are more than 10 000; and someone wants to get into this extraordinary country in order to get acquainted with the traditions and life of this hospitable people! Tourists are attracted here by natural riches – mountain ranges, the Black Sea coast, clean air, beautiful mountain lakes, alpine meadows and healing mineral springs! Landscapes of Georgia are a unique mixture of all four seasons. On the peaks of the mountains sparkling snow, autumn fog with rain and snow reigns in the foothills, in the valleys of rivers – spring flowers and fruit trees, and finally, a hot summer among evergreen palm trees on the Black Sea coast. We do not even need to talk about the wealth and generosity of the people of Georgia! The phrase “Georgian hospitality” today has already become a nominal, personifying a noisy cheerful feast, where for every glass of fine Georgian wine, an equally gorgeous Georgian toast is pronounced.
Georgia is open to tourists and travelers from around the world and the popularity of this area is growing rapidly.
Welcome to Georgia!
PreviousNext
12

Armenia is one of the oldest countries in the world. Scientific research, archaeological finds, old cuneiform inscriptions, ancient maps and even the Sacred Bible give a lot of evidence that the Armenian Highlands is one of the cradles of civilization. In ancient times, the Egyptians and Sumerians believed that wisdom and science descended on them from the Armenian Highlands.
To say that Armenia is the bearer of ancient culture, to say nothing. People lived here before the Stone Age. Over the centuries, they have become a civilized culture, and this culture has turned into what Armenia today represents to the world. It would be appropriate to mention that in 2007 a 6100-year-old winery, the oldest in the world, was discovered in the Areni cave complex located in the Vayots Dzor region in Armenia.
The capital of Armenia, Yerevan, was established in 782 BC, preceded by Rome (founded in 753 BC)! This makes Yerevan one of the oldest cities in the world, which still stands still!
Armenia in 301 AD. the first in the world adopted Christianity as a state religion. If you visit Armenia, you will find many monasteries, cathedrals, churches, chapels and much more. It is said that the oldest church in the world is also in Armenia (St. Echmiadzin Cathedral, 303).
When it comes to Armenia, we can not fail to mention the church. There are hundreds of them all over the country, the vast majority of them belong to the Middle Ages or earlier, and they amaze with their exceptional architecture
Welcome to Armenia!
PreviousNext
1234

Welcome to Azerbaijan! This is the Land of Fire and the Pearl of the Caucasus, a land where eastern colours combine magnificently with western progress. Azerbaijan is a country of unique nature, unmatched culture, centuries of history with its customs and traditions and fine cuisine; a place which will satisfy the expectations of the most sophisticated gastronomists, and finally, it is the country of Caucasian hospitality and friendliness.
Historically a part of the Great Silk Road and situated at the crossroads of the geopolitical, economic and cultural interests of many nations and civilizations, Azerbaijan has, since  ancient times, aroused  the interests of great minds, scientists, travellers and historians. References to this amazing land, located on the western coast of the Caspian Sea and in the eastern part of the South Caucasus, can be found in the ancient writings of Herodotus, Strabo, and Claudius Ptolemy. Azerbaijan has an amazing historical and cultural heritage with more than 7500 natural, archeological, architectural, and historical monuments. Cave drawings at Gobustan, Momine-Khatun and Garabaghlar mausoleums, the Palace of Sheki Khans, the Maiden Tower, the castles of Absheron, medieval manuscripts decorated with magnificent miniature paintings, antique rugs, and works of literature, arts and sculpture – all of this is just a small part of the country’s rich and priceless heritage.
Azerbaijan is the West in the East and the East in the West! Welcome!
Scroll to top

This site uses cookies. By continuing to browse the site, you are agreeing to our use of cookies.

We may request cookies to be set on your device. We use cookies to let us know when you visit our websites, how you interact with us, to enrich your user experience, and to customize your relationship with our website.

Click on the different category headings to find out more. You can also change some of your preferences. Note that blocking some types of cookies may impact your experience on our websites and the services we are able to offer.

These cookies are strictly necessary to provide you with services available through our website and to use some of its features.

Because these cookies are strictly necessary to deliver the website, you cannot refuse them without impacting how our site functions. You can block or delete them by changing your browser settings and force blocking all cookies on this website.

These cookies collect information that is used either in aggregate form to help us understand how our website is being used or how effective our marketing campaigns are, or to help us customize our website and application for you in order to enhance your experience.

If you do not want that we track your visist to our site you can disable tracking in your browser here:

We also use different external services like Google Webfonts, Google Maps and external Video providers. Since these providers may collect personal data like your IP address we allow you to block them here. Please be aware that this might heavily reduce the functionality and appearance of our site. Changes will take effect once you reload the page.